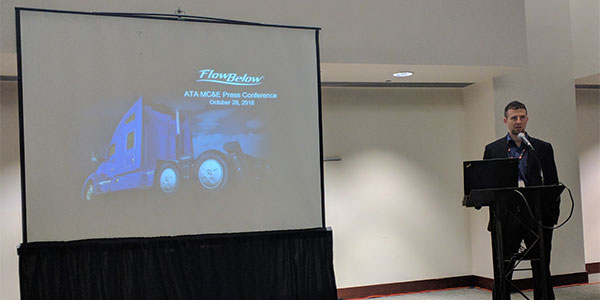 The Trailer AeroSlider Stage 2 system was developed using computational fluid dynamics and rolling-floor wind tunnel testing, FlowBelow reported. It was recently validated to provide up to a 2.07% fuel savings based on 3rd fuel economy testing conducted by MVT Solutions. The most recent test, which was done in accordance with EPA SmartWay test protocols, demonstrated a 1.93% fuel savings, which exceeds the minimum requirement for EPA SmartWay verification. These tests confirmed an additional 0.70% fuel savings improvement over FlowBelow’s Stage 1 AeroSlider System.

The Trailer AeroSlider represents a new category in trailer aerodynamics, FlowBelow explained. Instead of attaching to the body of the trailer, the system is mounted directly to the sliding trailer suspension and travels with the suspension. The AeroSlider consists of multiple components including ‘quick-release’ wheel covers, fairings positioned between and behind the trailer wheels, and aerodynamic mud flaps behind them. From an aerodynamics standpoint, the fairings control the complex airflow around the trailer wheels and the wake behind the trailer. The system is designed to complement other trailer-mounted aerodynamic devices such as trailer skirts and tails and offers additive fuel savings depending on the combination of devices implemented. 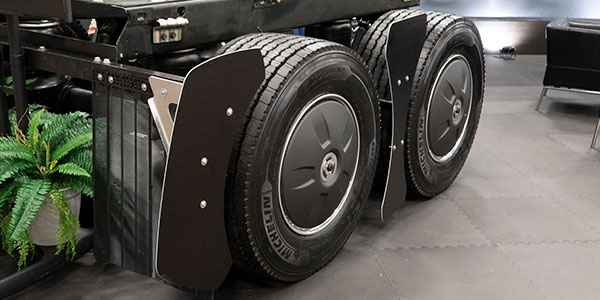 “Based on our production costs and the positive fuel savings we’ve seen from extensive testing, we believe that the Trailer AeroSlider has the potential for achieving widespread adoption within three to four years.” said Josh Butler, chief executive officer of FlowBelow Aero. “Right now, we’re in pilot programs with the Stage 2 AeroSlider System,” Butler said, explaining that production will ramp up to Stage 1 levels.