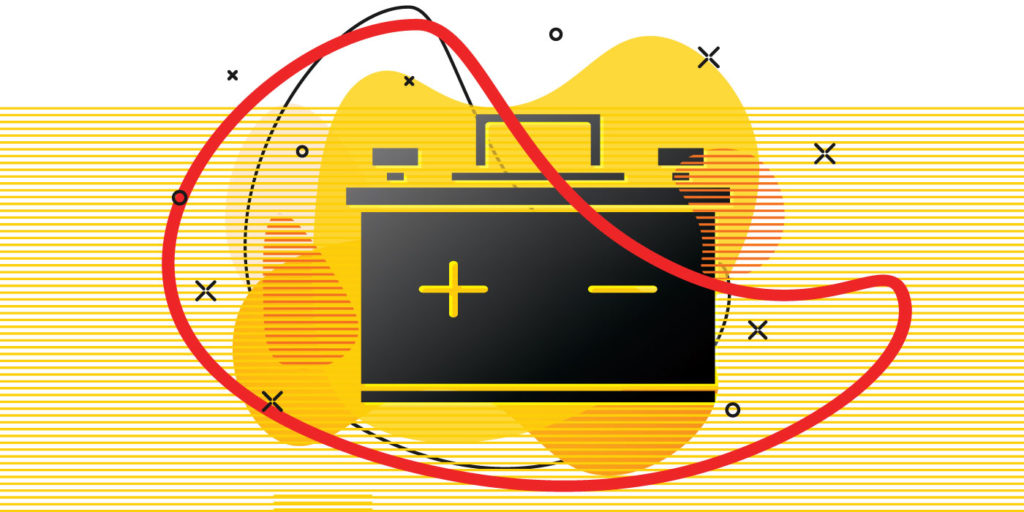 Ask any heavy-duty truck battery or electrical system expert about the summer heat’s adverse impact on battery performance and they’ll likely share the age-old adage: “Summer heat and sun are what kills a battery; it just doesn’t know it’s dead until it gets cold.” (Seriously, I asked five experts and that was every single answer.)

To avoid dealing with dead battery headaches when the weather turns frigid, you need to focus on your battery maintenance and service processes as the mercury rises. Not only are we rolling into the summer dog days, but your equipment duty cycles have likely changed in the past six months or you’ve rolled your trucks into new applications—all of which will impact your batteries.

To keep you rolling productively, here are the top tips from trucking’s electrical experts.

The impact of the heat

How exactly do the summer heat and sun impact truck batteries?
Summer heat speeds up the battery aging process by overcharging the battery, which increases grid corrosion and the degradation of internal components, explained Jeff Muir, director of original equipment sales, commercial and outdoor power equipment for East Penn.

“This increases the likelihood of a no-start in the fall and winter,” he said. “In the summer months, the common cause for a no-start is a result in over-charging or cycling the battery to power the HVAC systems or accessories. When a battery is fully discharged due to running accessories, the end result will be a no-start situation.”

“It is similar to electronics,” noted Steven Keuss, engineering manager for Associated Equipment Corp. “With electronics, the rule of thumb is: For every 10° increase in temperature, the life of that component is reduced by 50%. You can make a similar comment about batteries.

“Any operating temperature above about 120° is going to start to have an adverse effect on the life of that battery,” he continued. “Heat also accelerates the self-discharge of a battery. A battery that may have taken two months to discharge on its own in the winter now takes one month to discharge to the same level due to heat.”

So why are there more failures in the winter?

“Cold temperatures impact the engine’s oil viscosity, which makes the engine much harder to crank in cold weather. Weak batteries that worked fine in summer and fall suddenly can’t provide the energy to crank a cold engine in the winter. When batteries are cold, they also have a harder time taking a charge. So if a driver allows them to discharge, then it takes much longer for them to recharge versus summertime where they can take a lot more current and recharge much faster.”

If your duty cycle has changed—say you’ve been running longer and harder or you’ve tackled new applications with your existing equipment, or you’ve been getting back to work after an extended furlough—your battery performance has been impacted already.

“Battery life is directly related to the duty cycle,” said Vicki Hall, director of transportation technical solutions for EnerSys. “For trucks sitting idle, it is extremely vital to either disconnect the batteries from any electrical loads or have a practice of starting and running the engines on a weekly basis. From an increased duty cycle perspective, most trucks are on a PM schedule that is related to mileage, so the PM frequency should be increased with more use.”

Let’s take a deeper dive into these situations.

For fleets with increased duty cycles

The common thought might be since your trucks are running longer that the batteries will maintain a higher state of charge, and that’s true, to a degree. Associated Equipment Corp.’s Keuss noted that longer duty cycles also mean that the batteries are exposed to more heat.

“Increased hours of service can result in overcharging the battery pack,” East Penn’s Muir added. “It’s common for the truck‘s charging system to provide amps to the battery pack regardless of whether the energy is needed. Continuous operation in elevated temperature creates an overcharging event that accelerates battery aging. The end result will be a no-start, reduced run time or early replacement.”

Another unexpected consequence of the pandemic in terms of equipment operation is that it potentially increased the amount of idle time your trucks experienced. Less traffic on the road meant loads were piling up at drop-off points. Staggered deliveries at locations with less staff meant trucks were waiting in parking lots.

“With the hours-of-service exemptions and reset times, drivers may have been forced to spend more time parked without the truck engine running. This impacts the batteries’ life as well as their ability to crank the engine,” Purkeys’ Rambeaux said. “Electric power units or battery-powered cab air conditioners have made drivers more comfortable during these times and have allowed fleets to save money on fuel. However, if not properly configured, they can greatly impact trucks.” (More on that in a minute.)

“If the truck sits for long periods of time in non-use, the key-off drains from the computers can result in a no-start situation once they are placed back into operation,” said Jeff Barron, lab manager/engineering and technology services for Interstate Batteries Inc.

Ideally, before you park a truck for an extended period of time, you’d want to follow EnerSys’s Hall’s advice:

“For trucks sitting idle, it is extremely vital to either disconnect the batteries from any electrical loads or have a practice of starting and running the engines on a weekly basis.”

In some cases, starting the truck might not be enough to keep your batteries in operating shape.

“The alternator supplies amperage for the electrical loads while the engine is running, and so driving the truck will at least put a little better charge into the batteries,” Barron said. “However, it could take hours of driving to bring the batteries back up to a decent state of charge. It depends on how long it has sat in non-use.”

“Charging the batteries while in non-use, either once a month or by leaving a trickle charger on them, will help the batteries be ready to go once the need arises.”

Purkeys’ Rambeaux noted that some trickle chargers do not turn off by themselves, which could over-charge the battery. “A charger with a float mode should be used as it will turn on and off as needed to make sure the battery is protected.”

Associated Equipment Corp.’s Keuss said that having a voltmeter in hand is a must to ensure that your batteries are well maintained.

“It could be as simple as taking a voltmeter to the battery and if the battery measures below 12.4 volts, you give it a charge,” he said. “Fleets in particular need to address periodic checks when idle or batteries may be ‘dead’ when re-commissioned. A load test may be needed on batteries with higher duty cycles to determine if the heat and heavier duty cycle have degraded the batteries.”

Remember that heat impacts your trucks even when they’re not moving. “Asphalt can bake the underside of trucks and battery boxes like an oven and there is no cooling airflow from the trucks’ movement,” East Penn’s Muir said.