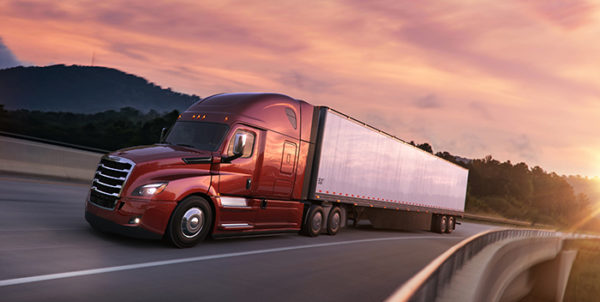 When looking for improved fuel economy, decreased maintenance costs or virtually any other aspect of running an efficient fleet, spec’ing a newer truck will, in nearly every case, improve each of those numbers, according to the results of a recent Fleet Advantage survey. Trucks and equipment are constantly pushing the boundaries of efficiency and, thus, offering more product value than previous generations.

The Fleet Advantage survey found exponential gains year-over-year in both truck turnover and in maintenance concerns with older trucks. 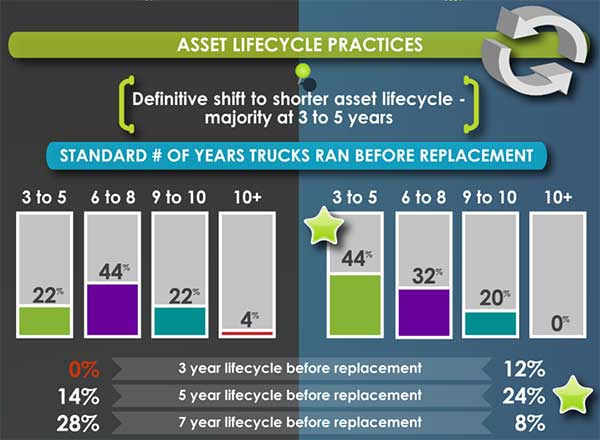 In 2015’s Fleet Advantage survey, 22% of fleets said they were operating their trucks on a three- to five-year lifecycle. That number jumped by an enormous margin this year, all the way to 48%. Twelve percent of these trucks were on a three-year lifecycle, as opposed to zero in 2015, and trucks on a six- to eight-year lifecycle fell from 44% down to 32%. Clearly, an industry-wide movement toward shorter lifecycles is underway.

The shortening of lifecycles also led to an improvement in fuel economy, with the number of fleets saying that they experienced a consistent increase in fuel economy growing from 68% in 2015 to 84% this year.

“Fleets are seeing the operational savings of shorter lifecycles directly hitting their bottom line,” says Brian Holland, president and chief executive officer of Fleet Advantage. “They now have access to data and analytics that can show a larger operational savings when running a three- to five-year lifecycle, as opposed to seven or more years. Running newer, more efficient models is a large reason why a shorter lifecycle saves more money, particularly since fuel is about 60% of operating costs. Newer tractors also require lower service and repair, which improves the bottom line as well.”

Speaking of repair, 40% of survey participants in this year’s benchmarking survey listed maintenance and repair as their main reason for replacing their trucks, up from 26% in 2015.
It’s certainly no coincidence that maintenance concerns increased in a year that saw newer trucks on the road. Holland agreed that the two numbers are interconnected.

“There is absolutely a correlation here,” he said. “Maintenance and repair costs skyrocket in years five to eight (about three and a half times higher than years one through four) and as we see a shift to shorter lifecycle, with newer trucks continuously added to a fleet, maintenance costs and concerns are subsequently lowered—and it doesn’t end there. Newer trucks also help increase driver recruitment and retention, which also saves on operational costs when you factor in the costs associated with recruiting and training a new driver.”

So now the question becomes: Is this a sign of a paradigm shift in truck lifecycles, or might this just be an aberration?

“With GHG Phase 2 in large focus and other mandates that require trucks with advanced technology systems, we see this shift growing across more fleets and for-hire carriers,” Holland said. “Newer is better, and now we have data that shows that newer can be more cost-effective, particularly when you multiply a single truck’s savings across a fleet of hundreds when you shorten the lifecycle down to three to five years.”

Advertisement
In this article:Fleet Efficiencies