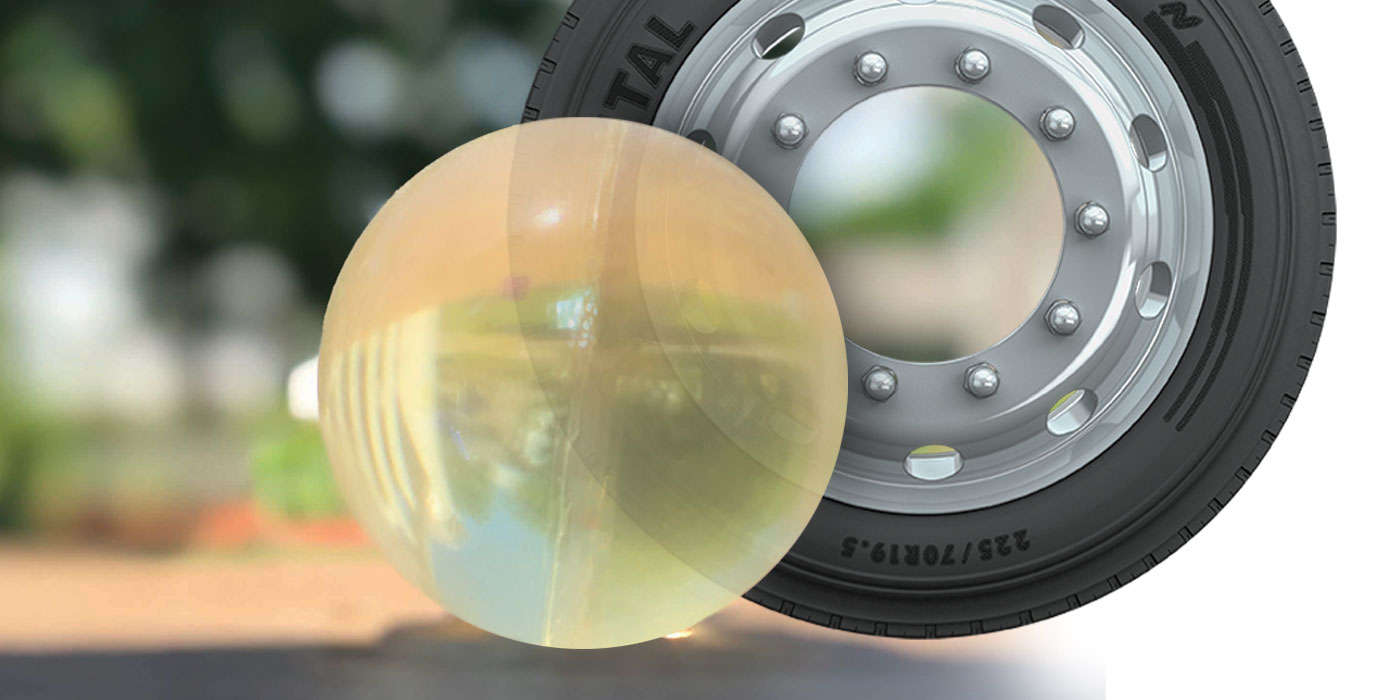 Invented by chemist Norman Stingley in the ’60s, these toys are known for their extreme bounciness, taking the classic rubber bouncy ball to much higher heights (literally). But there’s no secret spring inside. It’s made of just rubber like its classic cousin. So, what makes it bouncier?

The answer, according to Cooper Tire’s Phil Mosier, manager of commercial tire development, lies in what you can’t see, deep inside the chemistry: rubber compounding. And it’s this same blending of chemicals and other ingredients that affects nearly every aspect of how your trucks’ tires perform—especially when it comes to fuel economy.

“The biggest contributor to decreased rolling resistance and better fuel economy is in compounding. It’s what helps give tires their flex, or stiffness, and rebound,” says Mosier. “Compounding allows the tire to deflect energy from the tire—and the Super Ball has compounding that allows it to bounce higher. So, if the Super Ball was a tire, it would deflect off the road and provide reduced rolling resistance.”

While this means tire engineers likely wouldn’t get much use out of using the Super Ball rubber formula for their next truck tire, Marco Rabe, Continental’s head of research and development for commercial vehicle tires in the Americas region, says manufacturers can manipulate all kinds of tire attributes by taking note of the qualities of different compounds.

In fact, he says, Continental’s low-rolling resistance tire compound, believe it or not, actually owes a bit of a nod to NASCAR.

“If you think about ‘racing slicks,’ the completely smooth tires with no tread pattern which are used in NASCAR and other auto racing, you will see that those tires have a lot of traction. They can forcefully accelerate from the start line; the lack of pattern doesn’t impede their traction,” Rabe says. “Traction on road surfaces, both wet and dry, is more dependent on the tread compound. Continental’s low rolling resistance tires don’t sacrifice road traction, including wet handling performance in the case of inclement weather, just to improve rolling resistance.”

You can’t depend on compounding to do everything; there’s a reason you don’t see many trucks equipped with racing slicks. Tire manufacturers must determine the right balance of compounding, tread pattern and tire construction to acquire the right technical balance for all aspects of a tire’s performance for the right application, says Triangle Tire USA’s Charles Luther.