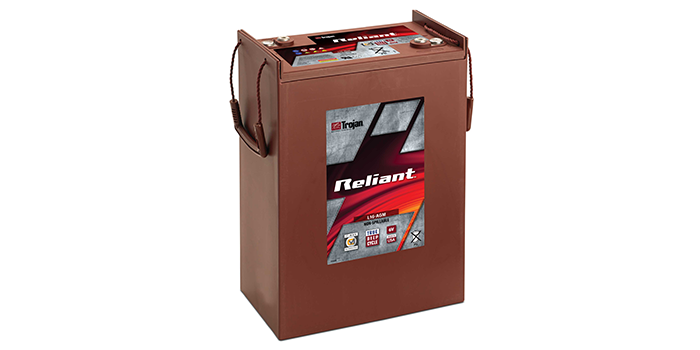 “Trojan’s Reliant AGM is specifically engineered for deep-cycling applications, unlike most AGM batteries on the market today which are designed for dual-purpose or standby applications, such as UPS backup,” said Dave Godber, Trojan Battery‘s executive vice president of sales and marketing. “Trojan has focused on deep-cycle technology longer than any other battery manufacturer in the industry and has utilized our extensive expertise and knowledge in developing the industry’s most reliable deep-cycle AGM battery.”

Want to know the biggest battery killers? Click here to find out.

Reliant’s exclusive C-Max Technology incorporates a wide range of features not found in many of today’s AGM battery offerings, according to the company.