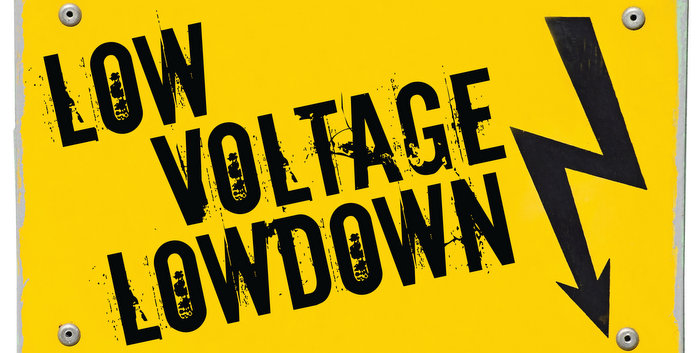 With the massive amount of electrical demand placed on today’s trucks, the dangers of low voltage demands are a real consequence faced by today’s fleets. The entire start and charge process of the truck’s electrical system is impacted by low voltage situations. You’ll see the effect in lift gates, electric APUs, hotel devices or any component placing an electrical load on the truck’s batteries.

“Low-voltage cranking, which is the number one reason for starter motor failure, overheats and burns out the starter motor, leaving the truck stranded,” said Mark Burnside, Maxwell Technologies’ senior product manager of engine starting products. “Other components that may fail or operate unreliably with low voltage input are inverters, GPS systems, radios and television sets.”

Burnside went on to explain that at low battery voltage—less than 9.6 volts—the truck’s engine control unit (ECU) computers will not operate. This voltage is substantially lower than the minimum battery voltage necessary to crank and start the engine.

“Engine starters require a certain number of watts to turn over the engine. Watts equal volts multiplied by amps [watts = volts x amps],” explained Bruce Essig, Odyssey national program manager for EnerSys. “This means that there are two ways to deliver watts to the starter: either high voltage at low amperage or fewer volts at higher amperage.

“Under normal conditions,” Essig continued, “when there is plenty of voltage in storage inside the battery, the starter is fed with manageable volts and amps. When voltage in storage falls too low, referred to as low state of charge [SOC], the electrical system tries to compensate by delivering that voltage at higher amperage. The engine will turn over just fine when started with high amperage, but it comes with a cost: The higher amperage generates waste heat and shortens the life of the starter and the battery cables.”

As far as the components most impacted by low voltage, the starter motor tops the list. The motor’s internal components—brushes, commutator bars, the armature, switch coils and contacts—are impacted by the thermal energy due to low voltage. “One incident of cranking with low voltage has a significant impact on the start causing irreversible progressive damage,” said Travis Atkinson, director of sales and service for Purkey’s Fleet Electric.

Atkinson went on to explain that the damage continues onto the alternator, as it has overcome the low state of charge of the batteries while also managing the ordinary amperage demand of the application. “In short it operates in a saturated state for a period of time longer than normal,” he said. “In doing so at start up, the batteries’ low voltage state requires that the alternator function in a full field state—producing as much amperage as it can at its given operating condition until the default voltage setting is achieved. If the batteries are at an extremely low state of charge, requiring the alternator to recharge them and manage the applications load could take many hours of operation.”

“Another way to look at the impact of low voltage is for every volt drop in the cranking circuit the cranking motor will lose 30 RPMs of cranking speed,” added Bruce Purkey, chief creative engineer for Purkey’s Fleet Electric. “As temperatures drop, the current required to start could double. Using Ohm’s law when you double the current and resistance stays the same, the voltage drop will increase resulting in less cranking speed.”

“Remember, that the alternator is not a battery charger,” reminded Danny Ritter, national technical support manager, heavy-duty group for Mitsubishi Electrical Automotive America. “The alternator is there to maintain the batteries when more electrical loads are being applied, not to charge dead batteries.”