Connecting brakes, wheel ends and other trailer components with telematics 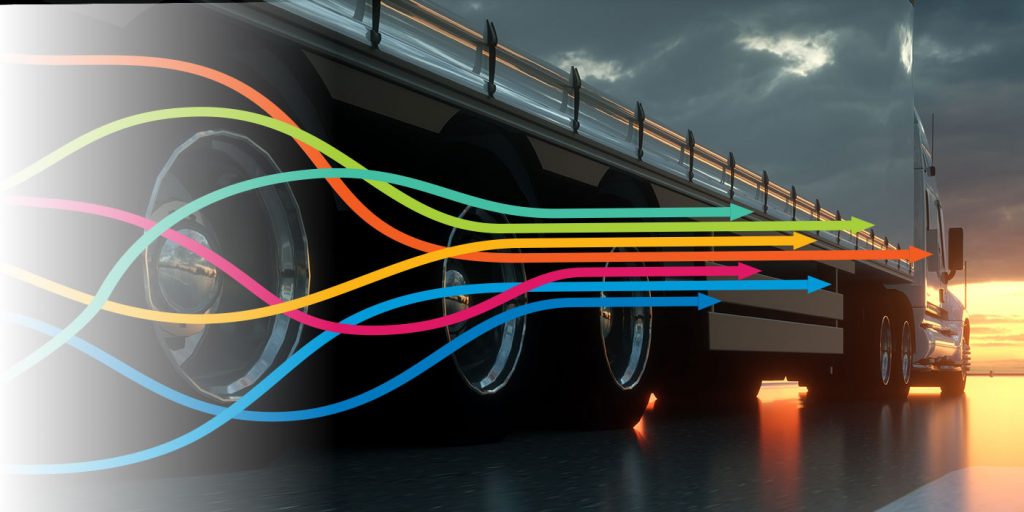 The majority of fleet managers are used to the capabilities of truck telematics, but they may not be as familiar with trailer telematics, which are newer and just now starting to grow into their potential usefulness.

Why have trailer telematics lagged behind their tractor brethren? It’s a complicated question, with an uncomplicated answer.

“At the end of the day,” says Jay Urban, senior product manager for air disc brakes with Meritor, “it’s about cost. OEMs aren’t looking to integrate the sensors from these components until there is a clear ROI that is present for the fleets. While it may seem simple to connect sensors to any number of functional items, conditioning those signals into something meaningful takes cost and effort. If these signals don’t predict failures, and can only be used as insurance policies or notification that an issue has occurred, the ROI just isn’t going to be there for some time. As a result, component manufacturers like Meritor are attempting to create cost-effective sensing packages that can alert multiple potential failure states with efficient placement.

“One of the keys to making these packages work is a standardized method for sending data to the fleets for consumption,” Urban continues. “Telematics Service Providers [TSPs] play an important role in this, and are continuing to grow in their role as the hosts that allow smart features in the various truck components a place to communicate and store data. At some point in the near future, the TSP dashboard that the fleet manager uses will likely be hosting information and alerts from multiple component manufacturer applications. Fleets can take advantage of this by working with OEMs to include information from these applications on the diagnostic service and uptime plans that they sell. If a fleet is using a third-party TSP, the same requests can be made.”

Another reason trailer telematics have lagged behind, according to Bill Hicks, product manager of suspensions/axle systems – Americas with SAF-Holland, is the power source.

“Trailers don’t typically have a built-in power source or battery system until they’re tethered to a power unit,” he explains. “Untethered capabilities require batteries of some form, but the typical trailer doesn’t have a battery as part of its normal specification. Fleets want untethered information on trailers as they sit in the yard so they can do a quick ‘pre-inspection’ before the trailer is connected to a tractor and put into use.”

Thanks to the efforts of component manufacturers and telematics providers, one burgeoning area of trailer telematics is the integration of components throughout the trailer, such as the brakes and wheel ends. When integrated with an OEM or third-party software source, these parts can all be tracked, their notifications integrated into one dashboard.

“What’s happening in the trailer market now is the ability to start pulling that critical information from the trailer and delivering it right to the fleet,” says Collin Shaw, North American director of business development and marketing for ZF’s newly formed Commercial Vehicle Control Systems Division. “Up until now, the trailer’s been a bit of a blind spot to fleets. So, really it starts with making sure that the hardware that’s created from the OEMs has the capability to broadcast and send those messages out.”

Shaw says that the ECUs on the braking system need to be able to not only broadcast their own messages, but take inputs from other systems, link the data to the trailer ECU, and push those out through either a connected device or a CAN link. This, Shaw notes, is how ZF’s IABS, its new ABS system for trailers, operates.

“Not only does it have the processing capability to understand vehicle mileage as an odometer, and its own fault codes, but it has various ports on the ABS units to take information from things like a wheel,” he elaborates.  “We can plug in a brake pad wear sensor indicator or a door ajar indicator or lighting indicators and feed those through the ABS system, so you have just one processing unit on the trailer rather than adding a bunch of other different bits and pieces of hardware.”

ZF has partnered with Noregon in delivering its IABS system to fleets, which the company says was done in part to help fleets integrate their telematics offerings without having more programs to log into.

“One piece of feedback we get from fleets consistently is they have a lot of things they have to log into, and they would appreciate it if we didn’t add one more system. We felt that it was important to give fleets the flexibility to do that.”

So what can fleets get out of this kind of connectivity?

“Really,” Shaw answers, “it’s the things that companies are dinged for on CSA violations: ABS faults, tire pressure information, brake pad wear indicators, and light-out indicators. These are easy pain points for us to help solve for fleets in the market utilizing trailer diagnostics.”

Another major aspect of this new push for trailer telematics is the ability for the fleet to receive alerts when brakes reach a certain level of wear.

“Bendix air disc brake [ADB] wear sensing technology consists of sensors mounted to the Bendix ADB22X pads that indicate when pad thickness is approaching a replacement condition,” says Keith McComsey, director of marketing and customer solutions (wheel-end) for Bendix Spicer Foundation Brake. “At that point, the system records a diagnostic trouble code and creates a system message that can be used to alert the fleet’s office via telematics, if equipped. It can also be set up to alert technicians through a remote diagnostic unit [RDU]. At the time of notification, sufficient pad life remains to enable the fleet or technician to schedule replacement service before it’s an emergency situation.”

Read our recent story on the importance of keeping an eye on brake wear here.

While tractors and trailers both have access to a variety of telematics offerings, it’s worth being wary about the possibility of combining them into one solution, tempting as it may seem.

“Many current systems interface with the ABS module, but there is not necessarily 100% compatibility between supplier A and supplier B,” notes Greg Dvorchak, engineering supervisor of application engineering for wheel ends and braking systems with Hendrickson Trailer Commercial Vehicle Systems. “Due to the lack of commonality between trailer manufacturers and truck manufacturers, the tractor system is often separate and independent of the trailer system, which could lead to the management of multiple telematic systems versus all the data going to one unified location.

“Additionally,” he continues, “it is important to note that most telematics systems are not retrofittable and must be spec’d up front on new trucks or trailers. Finally, when spec’ing telematics, it generally requires a more sophisticated ABS system than those that are legally required.”

And in general, these capabilities can be helpful, but it’s important not to become overly reliant on them.