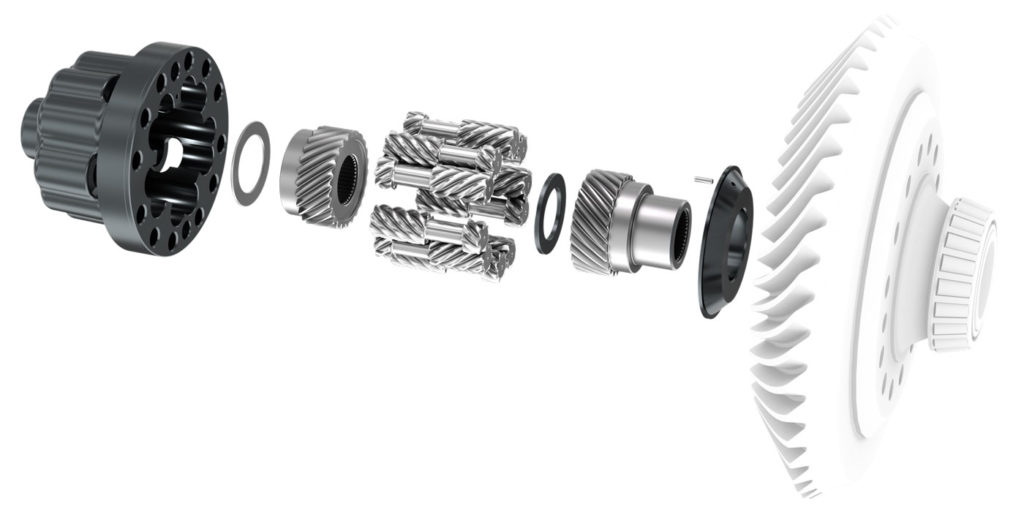 By limiting wheel-slip rather than fully locking, Spicer Trac-Lok acts as an open differential and freely differentiates in normal operating mode. During a slip event, Dana says it automatically sends approximately three times more torque to the high traction wheel-end and then automatically returns to full differentiation as conditions change, transmitting engine power.

Featuring a lightweight five-pinion pair design to serve a variety of Class 6 and 7 applications, Dana says Spicer Trac-Lok has no wiring or pneumatic connections and no special lubricants or friction modifiers required. It can be retrofitted with existing Spicer S110, S111, S130 and S140 medium-duty drive axles with no wiring, sensors, air hoses, or pneumatic connections. It does not require switches, special lubricants or friction modifiers to operate.

Not a day goes by, it seems, that there’s not news about new developments in electric vehicle chassis. Traditional truck OEMs and newcomers to the market alike are steadily announcing their latest plans and technologies, and fleets are taking notice.  Related Articles – Peterbilt showcases advanced truck technology at CES – Volvo receives record order