Microchip supply chain constraints and its impact on trucking 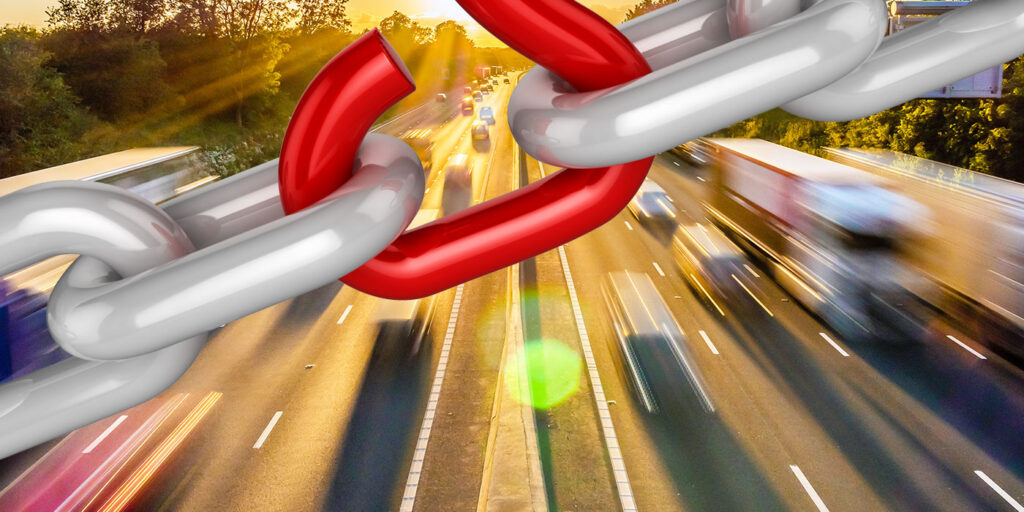 Think back to the first time you heard about the Coronavirus. Maybe it was January 2020, at a crowded conference when the buzz of the virus was growing, but it still seemed like foreign problem. Three months later, the world shut down. This year there were similar murmurs, not of a virus that could impact the global population, but of a microchip shortage that could put a stranglehold on the global supply chain.

Well, it’s March again, and those murmurs are starting to hit home for the trucking industry.

“If I look at Class 8 production in February, the industry dropped to 967 units per day for Class 8 build. You have to go all the way back to August to find a lower per-day build rate,” said Kenny Vieth, ACT Research’s president and senior analyst. “So we saw production fall to a six-month low on a build rate basis in February.”

The “why” is still open to interpretation. Certainly the microchip shortage is starting to impact production, but Q1 supply also saw major disruption due to extreme weather and the continued steel shortage.

“Maybe it’s chips; maybe it’s steel constraints; maybe it’s weather, but certainly, everything we’ve heard on the chip side is that this is a first-half issue that may trickle over into the third quarter,” Vieth said. “Truckers are making record money right now. Freight rates are doing extremely well. Granted, fleet costs are rising, but I think the top line should be rising faster than the bottom line right now because the supply/demand balance is tilted significantly towards trucking.”

How did we get here?

A report from Ars Technica focused on the automotive industry noted:

“The chip shortage got started with the COVID-19 pandemic. As countries around the world went into lockdown in 2020 to combat the virus’s spread, many automakers saw their sales evaporate at the same time as public health measures forced the closure of some factories. Consequently, some of these companies cancelled pending orders for chips, which resulted in the foundries switching to fulfilling other orders. But as demand for new vehicles started to pick up, the OEMs discovered that it would be some time before their chip suppliers could meet these new orders, as the chip factories had no spare capacity.”

That was compounded by a fire at a Japanese chip plant owned by Renesas Electronics on March 19. From a Reuters report:

“The fallout on carmakers could spread beyond Japan to auto companies in Europe and the United States because Renesas has about a 30% share of the global market for microcontroller unit chips used in cars. … Two-thirds of production at the affected line is automotive chip.”

Those same automotive chips are found in heavy-duty trucks. Hence the reports of production woes due to chip shortages that are starting to surface.

What does this mean for trucking?

As far as an industry wide outlook, Vieth noted:

The most recent data based on preliminary February 2021 numbers compared with February 2020 used equipment values indicated that prices were up 5%, according to Vieth.

If we turn to what has happened to used car sales, a USA Today story noted:

“Wholesale used vehicle prices rose 3.74% in the first 15 days of March compared with average prices for the full month of February, according to Cox Automotive’s Manheim Used Vehicle Value Index. That index hit an all-time high of 175.5 in mid-March, up 24% from a year earlier and up 8% since the beginning of 2021.”

Looking at how that relates to trucking, Vieth said, “If we look at the Class 8 backlog and long BL/BU ratios, placing an order three months ago was well-timed. Placing an order tomorrow is better than next month.”

“I think it’s important to note that whenever the industry does ramp up, there are always supply chain constraints,” Vieth said. “You go from a soft market to everybody wanting trucks, and raising production is a process. Typically, the OEMs have to grow their backlogs before they increase their demands on the supply chain and say, ‘we need more parts.’ The industry’s first tier suppliers then have to turn to their suppliers and say we need more parts, and everybody has to ramp up.

“This is the point in the cycle where we should just be starting to see production rising from a baseline level. The thing that didn’t happen in February was a production increase, we actually saw that build rate decreased to a six-month low.”

“Our 2021 production forecast has remained relatively stable as cycle-specific capacity concerns have kept us cautious even with orders and backlogs making a strong argument for materially higher production this year,” he said. “Back in December, we anticipated 2021 production in the low 290,000s. Right now, our forecast for this year is 302,000 units. If I go back and look for an analog, 2018 is a great example. In 2018, the industry was in a similar spot, with nearly identical January build rates (1090 units per day versus 1080 units per day in 2018) and the industry still managed 324,500 units of production.”

There are still plenty of unknowns in terms of how the strained supply chain could impact truck production in Q2 this year, but Fleet Equipment will stay on top of the issues as they develop.