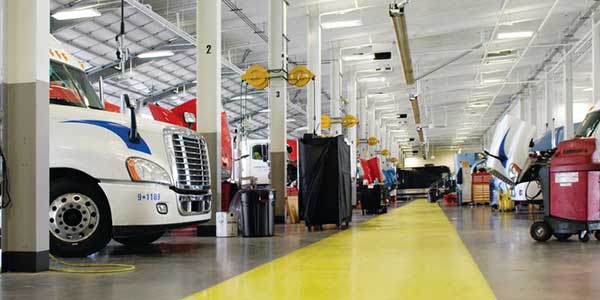 In past years, brake chambers lasted for a long time. We never really had any issue with chambers, almost to the point that we never even looked at them.

If you ask most mechanics, they would say “yes, I check them”—but more questions would reveal that they don’t look too closely. This is not to say that mechanics do not know how to check them, but the question is, how close do they look? You may want to add detail wording to your PM sheet, just to be sure.

But beyond that: when do you replace the brake chambers? Do you do one at a time? Do you only change the one that has failed, with a little luck without a road call or a brake dragging event?

I see that we are so cost conscious, to a fault, that most fleets I get involved with change only the one that has failed, or leaking during PM, if checked. Most trailer PMs are done in a drop yard—maybe without even releasing the brakes, maybe done by a vendor at a cheap flat rate.

I was involved with a fleet of 10,000 trailers that experienced several trailer fires. At first they thought the tires were to blame, but it was really a brake chamber that failed and dragged the brakes, causing the wheel end fire. In my experience, this is the culprit the majority of the time, though the view from 30,000 ft.

Upon analyzing the detailed computer data, there was a spike in these issues around six years of age for the trailers. Though this fleet kept its trailers for 12 to 15 years, like most, issues were fixed as they failed.

This fleet had budget fears, and decisions were made based on short-terms costs, not being proactive. When a trailer would burn to the ground, on a highway, in New York City where would that expense go? CPM? No, into a different accounting bucket. The exclusive discussions from maintenance is not sure what happened. In most cases, the person asking the question may not be mechanically savvy, so it now becomes an insurance claim.

So, what did we do? We put in place a new practice where if one chamber failed and the trailer was under three years old, you check the others, but change just the one. When you do the first brake job at three years or less, check them. If the trailer requires a brake replacement in the four to five year age, and you are in cold-weather areas where magnesium salt is used on the roads, change all four. If one fails and it is over six years old, change all of them.

Now some fleets trade trailers at seven years and roll the dice—and there is a good chance that at seven years, the risk might be low. But in this case the risk went to the moon after six years. That type of data is where a computer system matters.

So, what is the moral of this story? If wheel end position fires insurance cost went into CPM for clearly a maintenance-related failure, the industry would quickly tighten up.

I would suggest look at your fleet’s chambers component life cycles, try to determine when the failures occur. Devise a policy of brake chamber replacement and do it. Forget about your warranty—the warranty does not pay for corrosion ignited failures for the total loss. In fact, it pays for none of the loss—read the fine print. When the fire is over, there is no evidence.

Decide what is best for your fleet, but doing nothing is not a program. The industry is keeping equipment longer now. Just because you trade or sell off the vehicles does not keep you clear of previous practices if you cannot prove that you had a program when you repair the trailers.

All brake dragging wheel end fires can be avoided with a progressive preventive programed replacement cycle for chambers in place. Forget the budget or take the CPM fire loss hit in your cost. You can buy a lot of chambers for $400,000.