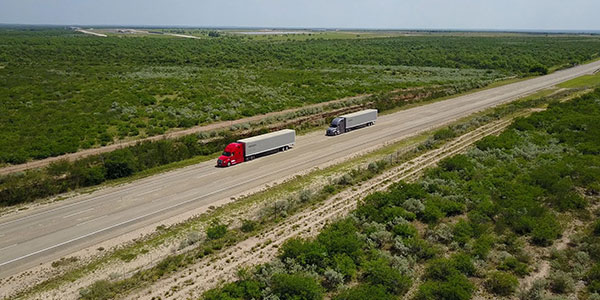 According to ACT Research’s latest numbers, COVID-19 was in evidence across the commercial vehicle statistics in April, with Class 8 net orders at their lowest level since September 1995 and medium-duty orders at their worst in a decade.

“In addition to the drop in Class 8 net orders, Class 8 production was at its lowest monthly build volume in our records, which began in 1979,” said Kenny Vieth, ACT Research’s president and senior analyst. “With so little produced in April, Class 8 inventories fell sharply month-over-month. The inventory decline was the largest sequential drop on record, and a big step in clearing a still-too-large new vehicle inventory.”

“Compared to April’s Class 8 inactivity, the medium-duty picture was relatively restrained,” he continued. “That said, orders for Classes 5-7 were still down significantly, and the weakness was broad-based, with truck and RV orders falling to levels not seen since the Great Recession. School bus orders plummeted to a 31-month low.”

Additionally, ACT Research has created a webpage to track noteworthy high frequency macroeconomic and transportation-specific market indicators, which can be found here.