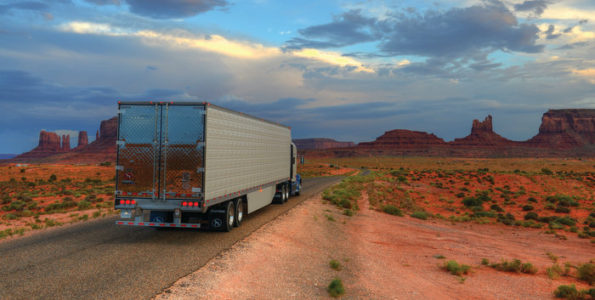 A look at the five biggest takeaways from the month of November in the world of heavy-duty trucks.

“It marches ever onward, growing, adapting, evolving. The rapid progress of today’s technology is like a force of nature. Yet, for all its growing complexity, it becomes more approachable and more applicable. That was the big takeaway from the American Trucking Associations’ (ATA) Management Conference and Exhibition (MC&E) held last month in Philadelphia. Data-driven technology solutions are no longer an intangible enigma. Today’s data solutions are being put to work in a way that even the latest of technology adopters can understand.”

Data and analytics are becoming too valuable to ignore. Fleet managers are increasingly looking to telematics systems, analytics systems and fleet mobility systems to take advantage of the vast ocean of data flowing off their trucks.  Editor Jason Morgan looks at the many advantages of increased use of data for fleet managers.

Fleets are looking everywhere for ways to save money, especially when it comes to downtime. Mitigating wasting fuel in congested traffic is one such problem, and Editor-at-Large Carol Birkland breaks down the problem and how the new Greenhouse Gas Phase II rules will attempt to mitigate it.

3. Truck orders have fallen—but there’s no reason to panic

“October 2014 was a record-breaking month for sales of both trucks and trailers—in fact, the second-best in history, which will likely make 2015’s year-over-year numbers seem awfully low in comparison. October numbers are not finalized yet, but Martin Daum, president and chief executive officer of Daimler Trucks North America, cautions against making too much of the discrepancy.”

Matching last October’s numbers would have been an incredibly stiff challenge, and with preliminary order numbers coming in significantly down from last year, associate editor Alex Crissey explains why not to overreact to this decrease.

4. It’s time to prepare your tires for the winter season

“It is always important for commercial fleet tire programs to have a plan in place when the winter season kicks into full gear. Tires with full tread can make a significant contribution to vehicle traction especially in that slushy snow and ice mix. Tires must be thoroughly inspected during the last preventative maintenance prior to the bad weather.”

Winter is the most challenging season for trucks, and that includes the tires. Columnist Al Cohn looks at the issues that tires face in the winter, and gives a checklist of how to prepare your tires for nature’s cruelest season.

The latest video in Fleet Equipment‘s On the Road series gives you an all-access pass to the American Trucking Associations Management Conference & Exhibition trade show floor. There was plenty of new technology to see and news from truck manufacturers and technology suppliers. Check out the video below to see the trade show floor, and don’t miss any episodes of On the Road.