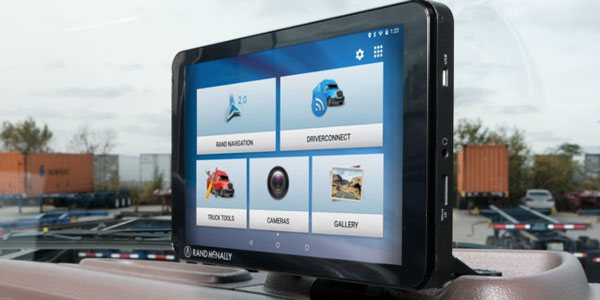 Rand McNally has released the TND Tablet 85, a new dashboard tablet that the company says is fueled by navigation software built for professional drivers.

The device is centered around Rand Navigation 2.0, which features truck routing, a clean interface, crowdsourced reviews and new visuals, the company says.

In addition, Rand McNally says the tablet hardware has been improved with enhanced thermal resistance up to 140 degrees Fahrenheit.

Wondering how to integrate your truck data? Here are a few ideas

How to act on truck telematics data, not just analyze it