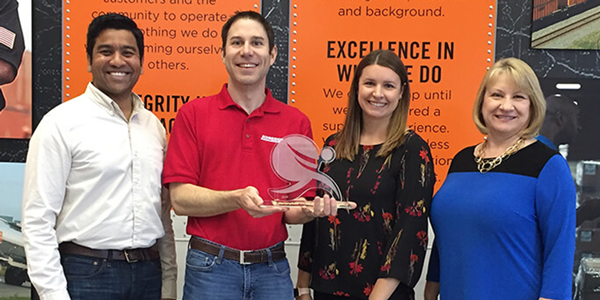 Schneider was recently presented with the Leadership/Influence Award for its brokerage division by MercuryGate International, Inc.

Schneider was recently presented with the Leadership/Influence Award for its brokerage division by MercuryGate International, Inc.

MercuryGate recognized Schneider as part of its 2019 Velocity Awards, which honors high-achieving companies using MercuryGate TMS software to drive innovation in transportation and logistics. According to MercuryGate CEO Joe Juliano, the winners were nominated and honored by the MercuryGate employee base in appreciation of those who “demonstrated leadership and innovation in their industries.”

Schneider was chosen because of its strong industry influence and willingness to lead with agility, the company says. MercuryGate noted that members of the Schneider team have quickly become experts at using its platform, allowing them to excel at onboarding new shippers.