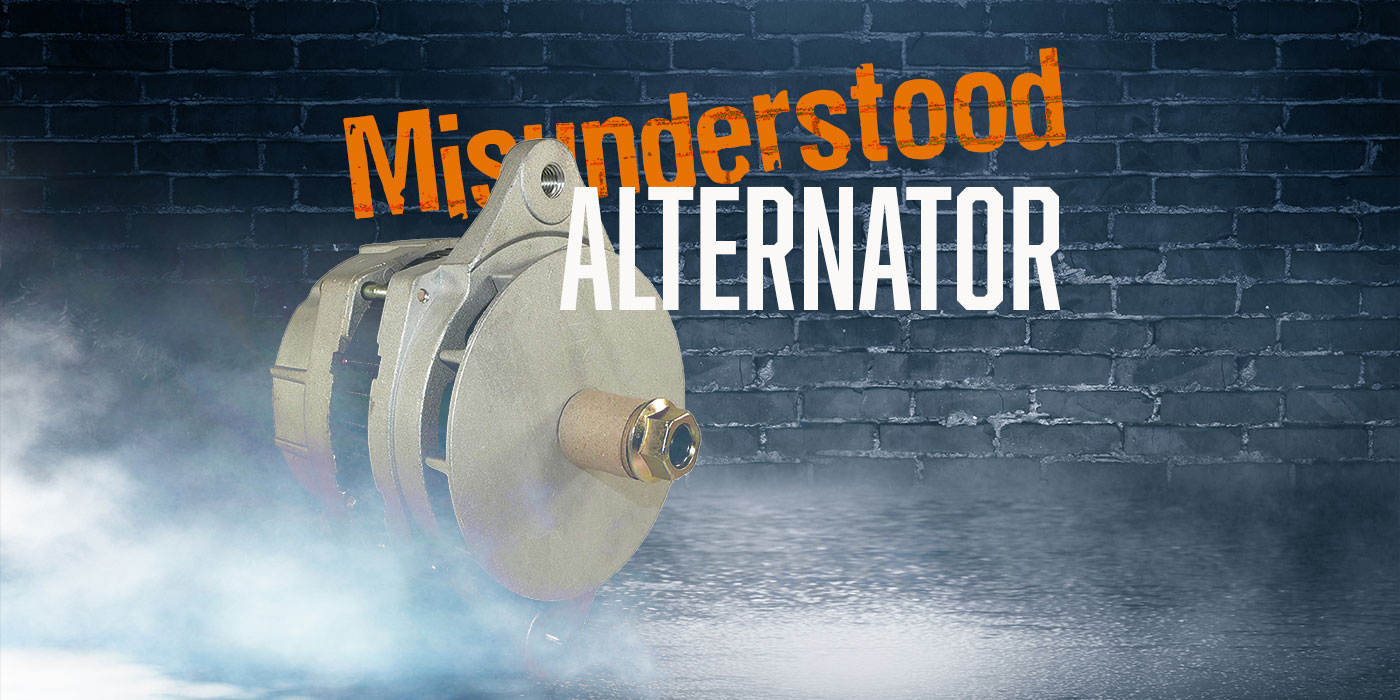 Have you noticed your fleet replacing more alternators than seems reasonable? They just don’t make ‘em like they used to, am I right?

Actually, most of today’s alternators are more durable and generally last longer than ever before. Which leads us to ask: What seems to be the reason so many alternators are failing?

And you wouldn’t be wrong; alternators can stop working due to these factors, but this is where things get complicated, because there’s another answer that is equally correct, in its own way.

“One of the most common things that we see in the alternator and battery industry is that we have a high rate of return on products that have been determined in the field to be defective, but once it comes back to the warranty department, they run a controlled test and it’s deemed to be okay—indicating a misdiagnosis in the field,” says Frank Byrd, director of technical services for Prestolite Electric, Broad-Ocean Motors.

So why is the alternator so misunderstood, and how can you know you aren’t prematurely tossing your quality equipment to the junkyard?

The alternator’s function is to supply power to the entire electrical system; the cable’s job is to deliver that power to various components; and the battery’s job is to store power and manage the electrical loads, protecting against electrical spikes and surges. When there’s a voltage issue, Byrd says inexperienced or rushed technicians tend to point the finger at the alternator.

“That misdiagnosis of the alternator is very easy for a technician in the field, who’s under the gun or has SRT times that he has to meet, if he only measures voltage,” Byrd says. “They really need to measure voltage and amperage to truly diagnose an alternator issue. If you have high resistance in the cable, it’s the most common thing for the technician to overlook, because it’s easy for them to change an alternator or change the battery.”

What causes confusion for even the most experienced electrician or electrical troubleshooter, he adds, is to understand that the components in a truck’s charging system interact with each other as an electrical unit.

That last bit is worth repeating: The components in a truck’s charging system interact with each other as an electrical unit. It’s all for one and one for all. Internalize that information into your brain’s hippocampus; you’ll find yourself coming back to this again and again when making alternator choices.

BorgWarner’s Rod Spangler, application engineering manager, recommends always checking on every component of the electrical system with each inspection, keeping in mind that an issue with one part can affect the rest of the components in the system.

So, alternator failure isn’t as common as it seems, but it does happen.

Byrd says while the alternator doesn’t typically require much upkeep during a truck’s PMs, he advises keeping an ear out for abnormal, mechanical-sounding noises such as bearing whine when the engine is running.

“Bearings are one mechanical thing within the alternator that can begin to fail,” Byrd says. “Also, listen for belt slap from the belt tensioner. Some of these tensioners will begin to wear and run the belt off to the side of the pulley. You may notice a fraying on the side of these tensioners. Automatic tensioners do wear out, and they can cause excessive or inadequate belt loading … which would generate heat, transferred through the metal and into the front bearing of the alternator.”

Jonathan E. Smith, assistant director of aftermarket sales/marketing at Prestolite Electric, Broad-Ocean Motors, reminds us that the alternator is just one piece of the truck’s electrical unit (I told you we’d come back to this). For instance, while it may not lead to immediate failure, a perfectly capable alternator’s performance can decline due to neglected battery maintenance.

“Keep the batteries clean and keep your connections clean, because as batteries discharge, they produce gases and dirt traps the gases on top of the battery,” Smith says. “That makes the battery discharge a lot quicker, and then it’s more work for the alternator when it starts back up.”

Byrd adds that cabling installed with resistance too high for the truck’s electrical system can also cause progressive damage to the alternator over time.

When it’s time for an upgrade

Smith says it’s typical for a new truck to be equipped from the manufacturer with an alternator matched to the electrical load options available on the vehicle.

“But, let’s say you have a 160- or 180-amp alternator and you’ve equipped the truck with a nice, new, battery-powered HVAC system but didn’t replace the alternator. The driver might complain that instead of getting eight hours of battery to the HVAC they’re only getting four hours,” Smith says. “So, [you’ll need to] calculate the load the vehicle requires, which is easy with really simple tools (voltmeter and amp clamp) … and that’s where you get into whether you’ll need to update.”

“If the fleet owner has owned the truck for a while and wants to upgrade power inverters, microwaves, TVs, lighting, air conditioning, radio amplifiers, different types of batteries,” Byrd adds, “those are the conditions when they would need to review the charging system to look at the alternator to see if it’s capable of meeting the loads of the additional amperage loads that they’re having. And if the alternator needs to be sized up to meet those electrical loads at the speed that the driver is operating, they also need to look at the cable sizing to make sure that higher-amperage alternator can transfer that power and still perform as expected.”

When shopping for that shiny new alternator, BorgWarner’s Spangler says buying one with the lowest output necessary is a common mistake. He recommends fleet managers properly assess the intended use, and size the alternator to meet or exceed the need of the application and loads—with an emphasis on exceeding those needs by oversizing the alternator.

“Oversizing the alternator leads to greater fuel economy, additional output if needed and extended life due to underutilizing the full capacity,” Spangler says. “When oversizing, the unit will generally last longer because it is being operated at a lower percentage of available output, which allows for lower operating temperatures, which leads to greater reliability. This also can extend battery life, as the batteries are deep cycling at a lower rate.

“Efficiency advantages, brushless alternators, remote-sense technology and output at idle are key factors to consider [when fleets are making their alternator choice].”

Clive Harley, vice president of engineering for Prestolite Electric, Broad-Ocean Motors advises fleet managers to stay away from what he referred to as “hot shot” alternators: generally less expensive products that are incapable of withstanding high temperatures at low RPMs.

This ability has become increasingly important in recent years, because as emissions standards become more stringent, trucks become more aerodynamic and less air is lifted into the engine compartment.

“We pay a lot of attention to the design of the product and the materials in our products so they can withstand the higher temperatures at the lower RPMs,” Harley says. “We’ve had to redesign the alternators so that the bearings are much stronger and much more robust. We have higher specifications in the actual metals. We use very specialized greases and lubrications on the bearings to ensure long life. Some of this grease is more expensive than gold.

“All this, just to maintain the temperatures that these machines run under and the extreme loads they run under. Today, we even have ways the vehicle communicates with the alternator, so the vehicle can tell it to shed some load or pick up some load. There are a lot of technologies going into the product we produce today.”

For more on alternators, click here to read “Building a smarter alternator.”