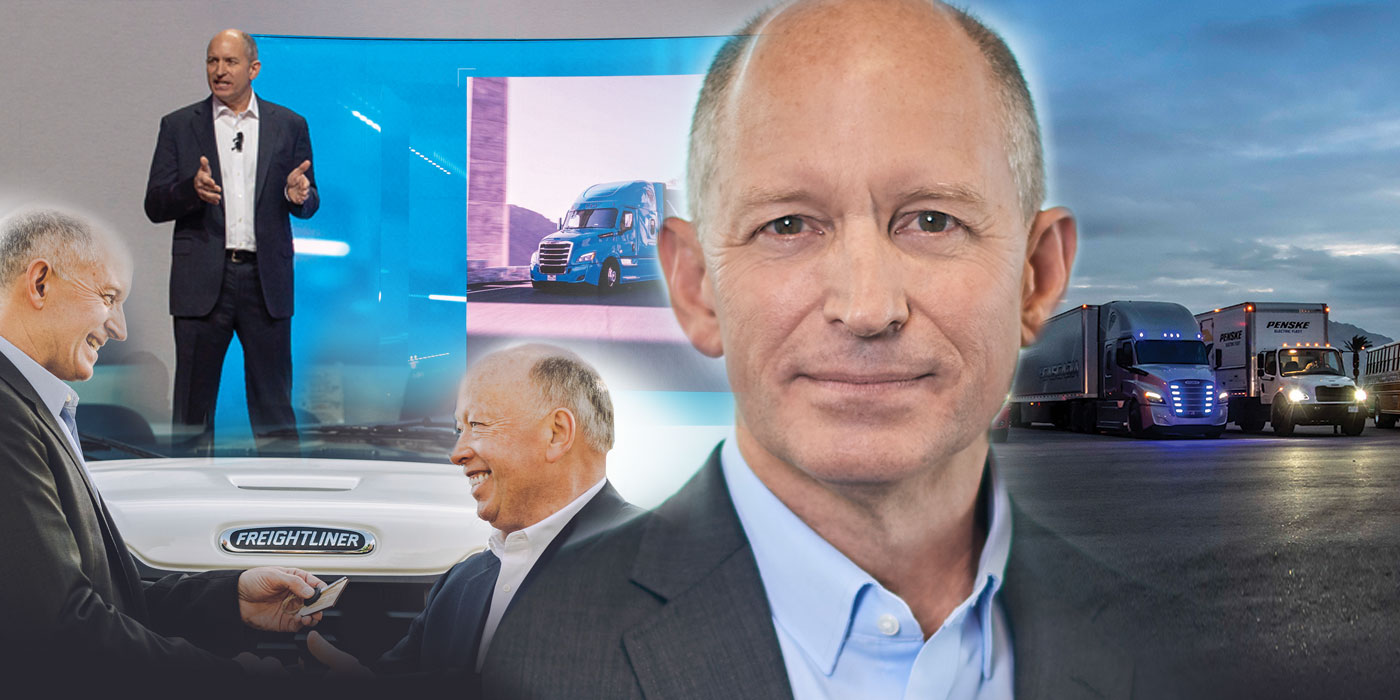 When Roger Nielsen took the reins as president and CEO of Daimler Trucks North America (DTNA) in April 2017, the “new” Freightliner Cascadia had just rolled out, platooning technology was still a conversation, and heavy-duty electric truck announcements were more than a year away. Clearly, a lot has changed in four years. And it changed rapidly under Nielsen’s watch.

“The world changed in 2017,” Nielsen recalled. “We realized that for us to meet the demands of our customers and to meet the demands of the regulatory agencies, we had to transform our business away from diesel, and that’s when electric truck technology development came on. And I was at the right time and the right place to have a great front row witness to it.”

Not just witness it–drive it. In the summer of 2017, Nielsen began putting together the team that would create the Freightliner eCascadia and eM2 trucks that would be unveiled a year later in June 2018.

“Fast forward two-and-a-half years later, and we have 38 of those vehicles in full operation; we’re well on our way to get in a million miles on the odometers of those trucks,” Nielsen said. “We’re getting ready to introduce the second generation here soon, and the third generation is well on its way.”

Those new generations will be under the watchful eye of the new DTNA president and CEO John O’Leary, who will take over on April 1, just before Nielsen retires on April 30. Always a friend of Fleet Equipment, Nielsen took some time to sit down for a post-game chat, breaking down the tape of the trucking industry’s past four years and talking about what comes next. Don’t think for a second that he’s riding into the sunset.

Here are Nielsen’s reflections on…

…starting as an engineer and ending up in the corner office.

“I started as the lowest level engineer you can imagine. I had only been out of university for three years and living in LA. I had grown up in Portland, Oregon, I had gotten married, and I wanted to get back to Portland. Luckily, Freightliner was hiring. Of course, I knew about Freightliner growing up; all my friends’ parents worked at Freightliner. I said to myself, ‘There’s no way I’m going to go work for some old smokey factory industry,’ but I quickly realized that this was a high-tech company.

“My first project was introducing computerized wiring harness testing to the company. We were building wiring harnesses in-house for different locations across the nation and the only time we knew the wiring harness worked was when you started up the truck and all the lights turned on. So, I introduced that testing capacity to the company, and I was happy.

“Everything we do here is interesting work for an engineer. When I started in 1986, we had built 200,000 vehicles since 1936, and we were at 13% market share. We were not last in the market, but near the bottom of the list of the OEMs. Since then, we have clearly grown, and I was fortunate enough to work on all of the growth initiatives. I definitely had a great opportunity to hone the business acumen that you don’t necessarily get in engineering school.”

…working with customers and earning business.

“What really changed my whole approach to customers was a tough conversation I had a couple months after I took the president and CEO position. We had a group of well-respected customer executives, and they said, ‘Our relationship is the worst it has ever been, and we have bought trucks from you for 30 years.’

“And they said: ‘because you don’t care about us.’ Another executive went on to say, ‘You have great people and great products, but your processes suck.’ Those customers introduced us to an outside company that taught us what it meant to create a great customer experience.

“Four months later, we stopped the company for a whole day, and we introduced our people to the concept of customer experience: that whatever the problem the customer has, you take it on as your personal job to make sure that it’s solved with the urgency the customer wants. We’ve been on that journey since then to change the culture of our company that everybody is responsible for the customer’s experience with us.”

“We had a customer who showed up at our front door in Portland with a truck. He had been in the shop way too many times, and he was sick of it; he couldn’t get anybody to help him. So he drove to Portland, Oregon, and he parked that truck in front of our new corporate headquarters. He walked into the reception and told the receptionist the problem. And I tell you what, that receptionist knew what to do and within 24 hours, that customer was on the road with a brand new truck, as happy as he could be. We had no idea what was wrong with his truck, but we knew that we weren’t going to aggravate him by troubleshooting it again. We traded him out right then and there. He gave us his keys, we gave him keys to a new truck and we put a stop to his aggravation.

“The attitude we took was: ‘This customer needs to make money and he’s not making money with the truck that he has.’ Those situations are now normal. This is what we do. Inside the company, everyone has the permission to solve a customer’s problem.”

…introducing new technology to the industry (with the right partners).

“We have a lot of innovation going on in the company. It’s so hard to leave. I really wish I was 25 again, and I could build the next 3.9 million vehicles with this team. Autonomous is going well and DTNA is transitioning from Daimler Mercedes. This has been long in the making. We’ve seen our partnership with Proterra develop into equity ownership. We’ve partnered with Luminar and Torc Robotics on the autonomous side, and you’ve seen our investment in Platform Science for connectivity solutions. And I’m proud of the agreement we have with Waymo to supply them with Automated Level Four-ready chassis for their autonomous driving aspirations.

“I recently had a conversation with one of the executives of a major truck stop talking about the infrastructure needed to put together for hydrogen fuel cells and how we need to be able to bring liquid hydrogen to the customers to the fuel island. It’s great to see this industry help make major moves to lower emissions and move toward zero emissions going forward. It’s exciting. I wish I had another 35 years to see how this plays out.”

From his first media appearance at DTNA’s High Desert Proving Ground in Oregon to his last media interview video conference call, Nielsen has been a leading voice in the industry. Take a look back at his biggest announcements. 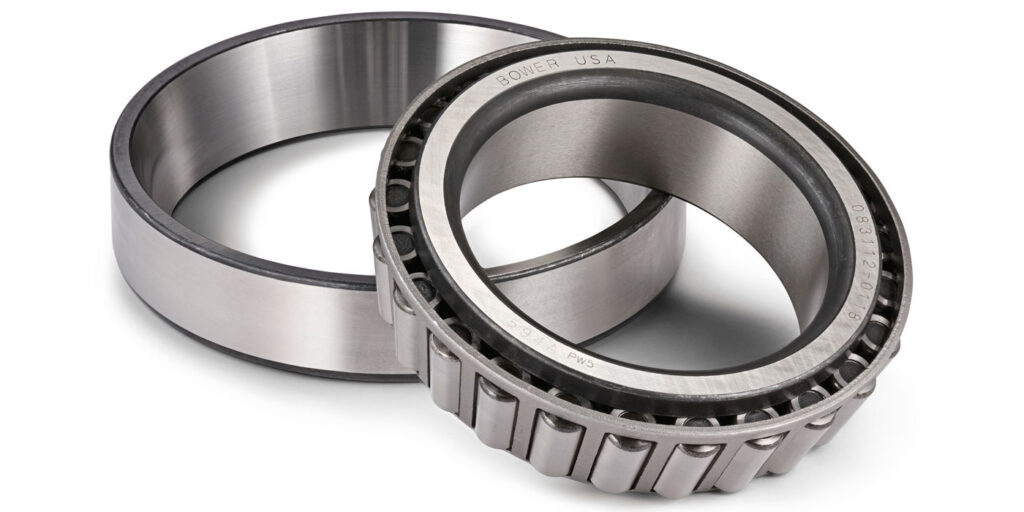