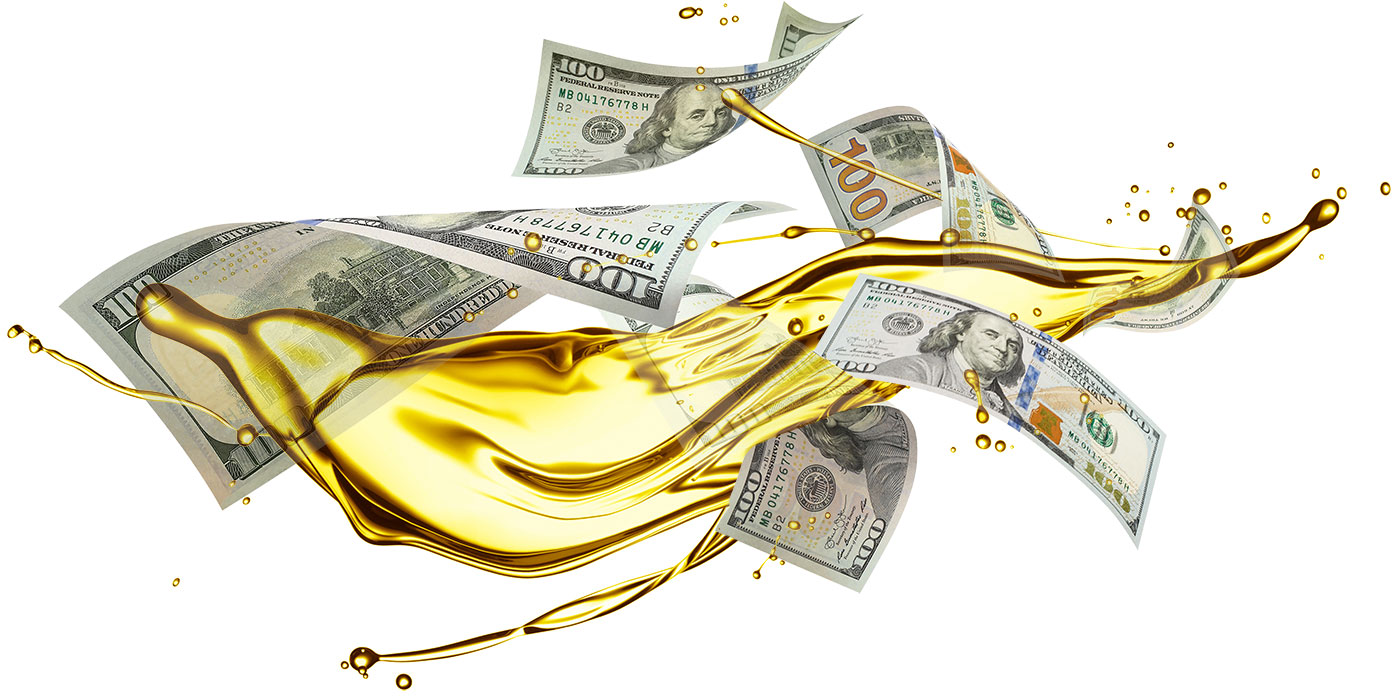 Jinx. And if it wasn’t what you yelled at the page then it’s probably in your top three.

While diesel particulate filters, and aftertreatment systems as a whole, have improved over the years, it’s still worth doing what you can to minimize the need for unnecessary maintenance, and that includes optimizing your engine oil.

Engine oil and the DPF

Let’s take a quick look at the science behind engine oil’s impact on the DPF. The explanations can get complicated, but you can put that white lab coat away, because we won’t get too deep into the chemistry details.

The soot can be removed from the DPF through regeneration, but ash will not burn away from this.

“Believe it or not, most of this incombustible ash derives from metallic additives in your engine lubricant.”

“Ash build-up continues to clog the DPF, creating back pressure which bogs down the engine, significantly decreasing fuel efficiency. Ash removal requires the DPF to be taken off the truck for thorough cleaning, resulting in significant downtime for fleets.”

There is an unpredictability to DPF maintenance as well that only adds to the headache; Booth says many fleets have shared that not being able to predict the rate of clogging is part of the DPF challenge as well.

Regardless of the state of your aftertreatment system and DPF, choosing the right engine oil can alleviate a lot of this maintenance pain.

According to Dan Arcy, global OEM technical manager for Shell Lubricants, one of the main factors that determines DPF maintenance intervals and overall service life is the amount of oil that is burned.

“Controlling piston cleanliness, which in turn helps control oil consumption, will have a big effect on DPF service life,” he continues. “Diesel engine oil must provide strong piston cleanliness, otherwise oil consumption will be high, and DPF ash buildup will be accelerated. A clean engine with clean pistons will prevent oil from passing by the rings, entering the combustion chamber and being burned.”

Darryl Purificati, OEM technical liaison with Petro-Canada Lubricants, recommends a lower level of detergency in your oil as one way to alleviate some DPF issues. “The higher the level of detergency, the higher requirements for DPF maintenance, as metals found in detergent packages are necessary for oil performance but can put additional pressure on DPFs,” he explains.

First and foremost, you’ll want to select an oil that complies with the API CJ-4, CK-4 or FA-4 categories, as each was designed with the existence of the DPF in mind, while older categories were not.

“Since 2007, all on-road heavy-duty diesel engine manufacturers recommend the use of oils that have less than 1% sulfated ash,” Arcy notes.

Many oils are formulated to guard against the aforementioned ash buildup.

“An oil such as Shell Rotella is formulated to provide excellent piston cleanliness, helping to minimize or keep the piston rings and lands free from deposits, controlling or minimizing oil consumption,” Arcy says. “If an oil does not provide strong piston cleanliness, then oil consumption will be high and DPF ash buildup will be accelerated. Shell Rotella products impact the DPF by providing a clean engine with minimal piston deposits and thereby reducing the amount of ash that makes its way into the DPF.”

Chevron’s Booth touts the company’s recently released Delo 600 ADF, which drops the amount of ash in the oil from 1% to 0.4%—a 60% decrease.

John Loop, technology manager of heavy duty engines at Lubrizol, notes that sulfur is another aspect of engine oil to which fleets should be paying attention.

“If your engine recommends using Ultra-Low Sulfur Diesel (ULSD) fuel, it is important to use that fuel within your vehicles,” he explains. “Otherwise, using diesel fuel with higher levels of sulfur is directly sending sulfur to the aftertreatment system. Using higher sulfur-based fuel also promotes the creation of acids in the blowby exhaust, which will degrade the oil quicker than if ULSD fuel is being used.”

“Changing the oil on time and per OEM-recommended guidelines will help prevent degradation of key elements of the engine that prevent ring and liner wear as well as piston deposits,” Loop says. “Doing so will ensure that oil consumption, and ‘consumption’ defined as any lubricant which gets past the ring zone and ends up being combusted with the fuel, is held in check and the ‘chemical box’ elements found in the lubricant do not make their way through the engine to the aftertreatment devices. Therefore, it is wise to maintain good lubricant ODI practices, not only for aftertreatment device protection, but also from an overall engine durability standpoint.”